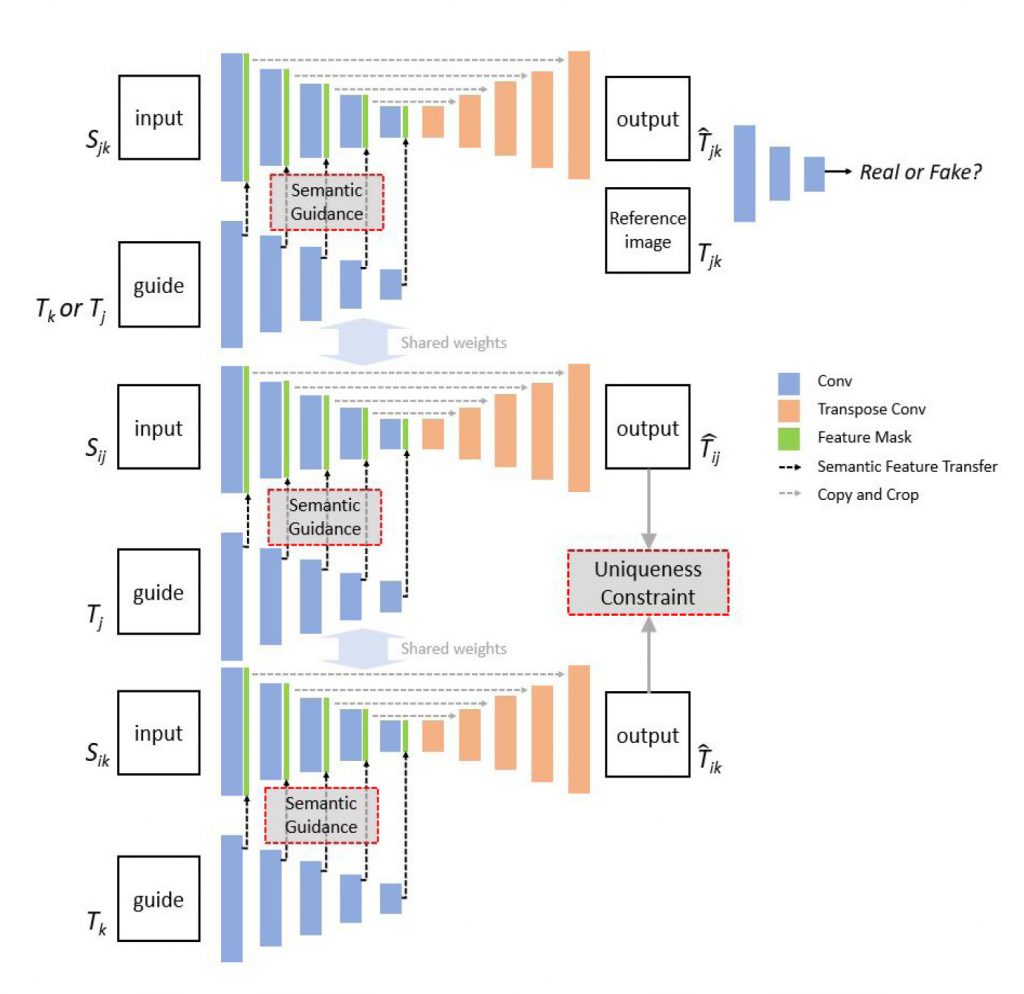 An illustration of the proposed multi-stream guided translation network.

To resolve these ambiguities, we propose a multi-modality image translation framework, which exploits temporal correlations in the image time series to obtain a more precise output. In this framework, we adopt a feature mask module to capture semantic information in a guidance image for translation. Given multiple temporal images, we formulate a uniqueness constraint in network learning, which increases reliability of the final result. We build a multi-modal dataset containing visible, SAR, and short-wave infrared (SWIR) image time series of the same scene. The dataset serves to promote research in modality translation in remote sensing and is publicly available. We use the dataset to perform experiments on modality translation tasks (SAR to visible and visible to SWIR). The results demonstrate the effectiveness and superiority of the proposed model.