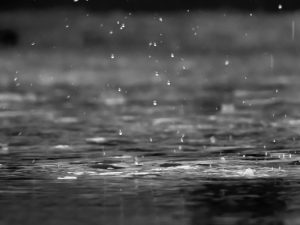 All forms of hydrological endeavors are pervaded by uncertainty. Therefore it is of little surprise that obtaining realistic estimates of prediction uncertainties has become a persistent ambition. m This contribution analyzes the capability of using a specific regularization-mechanism, called dropout, for uncertainty estimation of a neural network based rainfall-runoff models.

The particular form of network under examination is based on the Long Short-Term Memory (LSTM) architecture, which was explicitly designated for time series applications (Hochreiter, passim). Recently, Kratzert el al. (2018a) have shown that LSTM based modeling approaches can be used as data-driven models for describing the rainfall-runoff relationship. The authors envisioned future applications for task like online prediction, where the model would be used in conjunction with a stack of other models. We believe that this envisioned application will only be possible if the networks will earn the trustworthiness from the wider hydrological community by exhibiting properties that go beyond mere performance. One potential avenue for cashing-out on this point is to open the black-box and analyze if the neural network reproduced internally (known) hydrological patterns (such as snow-accumulation and depletion processes, see Kratzert 2018b). A complementary approach, which is extremely important for any environmental model, is to characterize the uncertainty of a given prediction/simulation.

Gal and Gharamani (2016) have shown that dropout, a stochastic regularization mechanism, can be used for uncertainty characterization of neural networks. In this study, we empirically investigate the potential of this method as uncertainty estimation technique. For this purpose„ we selectively apply the standard dropout mechanism only to the last layer of the network so that the interpretability of the LSTM states are not lost (that is, we only apply dropout to the layer, that connects the LSTM output to the overall network output and therefore do not influence the dynamical state-propagation of the LSTM for an online applications). The results show that the uncertainty bounds follow hydrological intuition; and, albeit the overall uncertainty is generally underestimated, the mechanism is still able to capture a substantial amount of uncertainty in comparison to an ensemble based solution, while being less computationally demanding.